The Nilbog was a faction on Purity Vanilla consisting of 11 members greatly varying in skill sets. Nilbog members usually socialized using the in-game chat, yet rarely interact physically with other factions or people outside their ranks. They formerly resided within the town of Nilbog, Newbog and Waterbog.

The Nilbog faction used milk buckets renamed "Special Nilbog Milk" that they'd "gift" to any tourists they come across by violently executing them with said milk buckets.

The first player to make contact with The Nilbog was a player by the name of LanceCripple, who stumbled upon the town of Nilbog on one of his mapping trips on August 3rd, 2019. The Nilbog were pleased that a tourist had come to their domain, and proceeded to chase, 'gift', and violently execute LanceCripple with haste. After discovering the many filled out maps in LanceCripple's inventory, Mard felt bad and returned the explorers belongings and offered him safe passage within the walls of Nilbog.

On August 3rd, 2019 the faction of Nordica reached out to The Nilbog in hopes to begin a fruitful alliance. The Nilbog accepted the request and began a non-aggression pact, but soon after the pact, the two factions came together and created a coalition smartly tilted "Nildica". Shortly after, Kuro_exe created a banner made up both of Nordica's and the Nilbogs banners in order to represent the new alliance between the two factions.

On August 8th a player by the name of Abraxun stumbled upon Nilbog and proceeded to raid and grief most of the large structures located within the town. Abraxun killed an AFK Thermalpancakez and swiftly posted screenshots of his work in the Purity Vanilla Discord. The Nilbog offered a reward of 3 shulker boxes full of obsidian for anyone to bring them the player head of Abraxun. The reward would never be claimed.

On August 9th 2019, Thermalpancakez built a machine to maximize cactus production using a redstone contraption. After setting off Purity Vanilla's anti-cheat system M1an snapped his fingers and half of the members of The Nilbog were sentenced to 7 days in the bean pile (Banned). Thermalpancakez, CatWithHat, Mard, hunted4blood, and Monika all made ban appeals and after further investigation by the moderators they were all unbanned and forced to dismantle the machine.

The Nilbog faction had outlawed the use of the following within their ranks:

It is unknown what became of the players who used these items within the ranks of the Nilbog faction.

Each member of the Nilbog Faction was required to watch this video at least once per month to maintain and upkeep their status as members of the faction.

It is unknown what became of the members who failed to watch the video once a month. 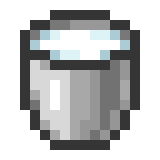 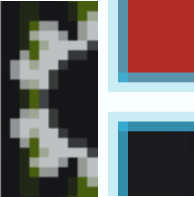