PaCo 2 is a highway maintenance group formed by StarBaron as a revival of the original Pathfinder Coalition. The group is not intended to be a permanent faction for its members, instead being an alliance of players from multiple other groups in order to construct and repair Purity's highways.

PaCo 2 was founded by StarBaron on 31 March 2020, getting both members from the original PaCo and entirely new members. They also received support from multiple individuals and groups, who started supplying PaCo with picks and highway materials. PaCo then began operations at the Nether Highways, repairing the Nether Hub and the existing axis highways, shortly thereafter beginning to extend the axis highways further, and establishing a standard of 3x3 ice highways paved with cobblestone.

Due to key members being inactive such as StarBaron and players mining up entire highways as well as griefing them with withers, the group, which had always been fairly slow-moving, slowly spiraled into complete inactivity from August 2020 to late October 2020 with most players losing interest in the project. Due to the incline of players such as griefyoudotEXE, Caudimorda and eulogysinger decimating entire highways for tens of thousands of blocks, PaCo 2 members gave up on restoring them, and the highways were ravaged by withers and TNT.

In late October 2020, leadership of PaCo 2 was handed over to OwO, and the group began accepting new members to work to repair the ruined highways. The group also had two new goals for the highways- first, to lower them down to Y 116 in order to allow for easier elytra flight, and second to pave them with obsidian so that they could not be blown up or easily mined. The group met with some success, and managed to repair some sections of the 4 main highways within about 20k from nether hub. This momentum did not last for very long however, and the last major project that PaCo 2 would work on would be working backwards from the +X world border for around 10k blocks. Afterwards, Spawn Infrastructure Project lead by The Grey, began to do most of the work on the highways, and has since met with great progress on lowering and obbying the highways. 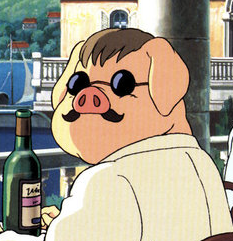 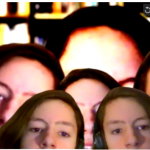