D1cka_D1cka is a member of The Grey on Purity Vanilla.

He is best known for having all advancements completed and contributing to the Highways.

D1cka mainly played Minecraft on the Xbox starting in 2012. In 2019 D1cka finally caved and switched to java edition. Purity Vanilla is the first server for D1cka_D1cka to play on.

D1cka joined the server on January 19, 2020. The spawn story was just as boring as all of the others... swim in lava, fall from a high place, eventually find a portal and walk on out. The -X direction had a calling and D1cka's first base was established in a mountainside just a few hundred blocks from -100k. D1cka at the time had no idea of how far away was considered "safe".

D1cka's irl friend DawingZip joined the server on February 25, 2020 and made his way down -X to the mountainside base. For a few months this base was built up before realizing how unsafe they were living on the highway after a visit from GoldenCookie420. They abandoned the place on April 7, 2020 and moved further off the highway.

Shortly after abandonment, DiscordDev lava casted the place. Over time more visitors laid TNT and withers allowing it to become a highway ruin. In January, 2021 JamarcusJones and Cough2020 worked to clear the withers and built a glass walkway to observe the ruins.

On April 7th, 2020 D1cka and Dawingzip made their way further off the highway to find some peace and quiet. A new area was settled in a Taiga biome and named Big Penis Town by Dawingzip. The land was sectioned into 50x50 grids and some new irl friends would come join the base to build in a grid. The base members included: D1cka, Dawingzip, Aboywhocarries, Lapiz_Lazuli, The Fluffu, Calumine, Farr77, Mr_Chippers, XC_Runner46, Yung_Mowgli, and Scoot. Many of the members went inactive shortly after reaching base.

This base served as a learning ground for D1cka to figure out simple farming mechanics on Minecraft- iron farm, trading halls, gold farm, etc. The base would be called home up until becoming a member of The Grey and establishing Via Appia on February 12th 2021.

On March 2nd, 2021, members of Rakovan discovered the portal less than 2k off the nether highway that lead right to town. D1cka was sad to see the base go and rebuilt structures with cyan glass to resemble them as holograms.

During the summer of 2020, a new content creator named PineconeLP started putting out a Let's Play series. Given the solid amount of travel footage, D1cka realized he would be able to track Pinecone's path and find his location. D1cka in general has no malicious intentions and rather left him a care package as a welcome to the server which is featured in this video: https://www.youtube.com/watch?v=8TMRjPER5jA&t=7s

In late summer of 2020, D1cka became bored as his irl friends were no longer active and began solo work on repairing highways with stone bricks. In October of 2020 D1cka joined PaCo 2 and helped to repair axis highways with stone. These highways were quickly griefed. GamingPartridge (OwO) inspired D1cka with the idea of Project Yellow Brick Road- a lofty project to convert all highways to obsidian and also drop them from y120 to y116. In total that project would require 434 shulkers of obsidian,

D1cka sold a lot of his wealth (48 elytras, 6 stacks of shells) solely to purchase obsidian to begin work on this project. D1cka, Creep Assassin, GamingPartridge (OwO) began working backwards from +X on the project but lost steam after 10k blocks.

D1cka was invited to SIP and in January 2021 built a nether portal based obsidian farm to fuel the dream of Obby Roads.

In a short matter of time, enough obsidian was farmed up and work began on laying down the first 10k of each axis highway. In 2 short days on January 15 and 16, members of SIP laid down the roads.

Motivation was higher than ever and SIP continued lowering and obbying each highway to the world border. By the end of January +X was already completed to the world border and D1cka_D1cka celebrated by free-handing his first mapart. 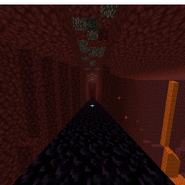 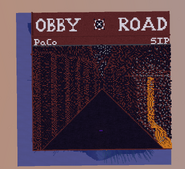 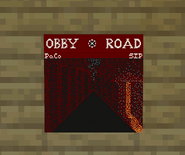 Established on December 13, 2020, Knoss was an outpost base for The Grey to test some new players : D1cka, Deathwish, and Blackcat112. Knoss did not amount to much beyond a few cute builds and underdeveloped farms/trading hall. The place was abandoned after only a couple months.

D1cka was accepted into The Grey on December 20th, 2020. The Grey have a valuable rule of not allowing new members to established bases, which meant D1cka could not access the main Grey base at the time; Patala. Although Knoss was active with Blackcat and Deathwish, members of The Grey did not visit much at this base, leaving D1cka to spend most of his time on the highways and his home of BPT.

Through highway work D1cka and The Grey met several new players to the server. Most notable were Norlak, GreenSword2(Now Honzin), BigMike12, and CatCalledDog. Many of these players came together to form a new base called Qin Shi.

During this In-between period, D1cka focused on supporting Jamool and his growing Grey-Mart. D1cka specialized in supplying gun powder, obsidian, crystals, iron, and slime blocks. Grey-Mart would become a top ranked Netherite Shop during this time.

D1cka played it solo and never visited Qin Shi due to CatCalledDog's odd/erratic behavior. This move proved worthy with an accidental leak of the coordinates to Qin Shi and abandonment of the base on February 9, 2021. With the base abandoned, an opportunity for a new base arose without CatCalledDog and D1cka jumped on this dire to build a mega base with new players.

This base was establish on February 12th, 2021 and became a hot spot for building by members FrontierJustice2, Norlak, Honzin, BigMike12, OpuIar, Needle, and WaterbugBoy. D1cka continued his love for a grid system at this base establishing 50x50 squares for each member to build their own creations in. Eventually the main Grey base Patala would be found, leading to a self-grief and establishing Appia as Grey capital.

Notable builds by D1cka at this base included:

On September 5, 2021, D1cka was preparing to /suicide back home when he noticed his dogs teleported to him. This was strange because they only should have done that if they had been injured at base. He had typed /suic when he was suddenly pearled to Appia and slain by Daddyiscoming. This was the beginning of Appia's grief by Pumpkin and NSO. In a short amount of time Appia was shredded and the action can be seen here: https://www.youtube.com/watch?v=H9irwk-Dkk4

D1cka became fascinated with advancements after learning about the notorious How Did We Get Here? He completed every other advancement outside of HDWGH and The Next Generation to lead up to its completion. On May 7, 2021, D1cka and JackPilch11 helped each other complete How Did We Get Here? With that, only The Next Generation remained and luckily JackPilch11 was the perfect link to get in contact with Ragsterinja and accomplish all advancements.

D1cka will continue to accomplish all advancements as Purity updates. He is currently up to date with 1.17 advancements completed.

This was an attempted project to build a museum that would contain every feasible Minecraft block/item/mob/entity. Item collecting began on April 18, 2021 and JackPilch11 + Moeana were successful in placing every block/item into shulkers and transporting them to the build location. Work on the museum, designed to be an obsidian version of the Louvre, began July 3, 2021. Decent progress was made with the terraforming and foundation of the building. A major road bump occurred on August 7, 2021 when random players stumbled upon the build and took all of the shulkers and semi-griefed the place.

In early 2021, D1cka wanted to continue a project started by Deo and Creep Assassin to clean Nether spawn of withers and drain the lava lake. A large swath was cleared out, however, Obby Roads took over as the priority project and D1cka never returned to clearing.

After a trip to spawn on March 23, 2021, D1cka and BigMike noticed the horrid shape of nether spawn. Domagawha had lava cubed a 150x150 area. A call to action occurred in SIP and after many shulkers of fire res potions spawn was clean of ceiling lava.

In early 2022, D1cka and SIP teamed up with Cavemen to continue work on repairing hub and clearing lava. The project was a great success and a new Hub was born. 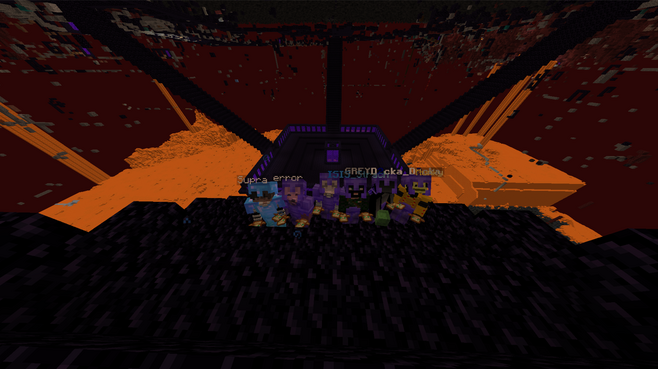 Mid 2021 D1cka became increasingly busy irl and dwindled in activity as did other Grey members such as Needle, PurpleCacti, JackPilch, BigMike, and Moeana. This led to a rift in The Grey with Jamool, Honzin, Norlak, and newly added Hallux feeling like they played on a small inactive team. With the grief of Appia, the timing was right for a division of the group with the more active members departing. The Grey has entered a down-time period with hopes to re-establish themselves come the 1.18 update and map expansion.

Today, D1cka mainly works on highways repairing the OW spawn grid and Nether highways. His current home is the obsidian farm that has a small trading hall to supply xp and tools for the highway work. Expect big updates to the current nether highways over time :eyes:

Below are some in game stats from D1cka's time on the server, these stats were screenshotted on October 18th, 2021.